THE TRAIL BEHIND ME 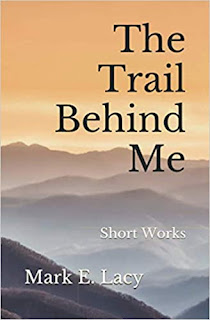 From his earliest days as a writer, Mark Lacy has used the natural world as a setting for his work. The Trail Behind Me is a collection of his short works, ranging from memoirs to poetry, short stories, and essays, most of which appear here for the very first time. Lacy takes us from the Great Smoky Mountains to the Space Coast of Florida and the Adirondacks, from the Great Wall of China and the coast of Denmark to the hills of Ireland. Each work has some connection to nature, or trails - both literal and metaphorical. The fabric of these works includes explorations both real and imaginary; woven through these works are threads of experience and retrospection. From humor to horror, from desire to danger, The Trail Behind Me is a multifaceted journey across a personal landscape.
BATTLEFRONT AND HOMEFRONT 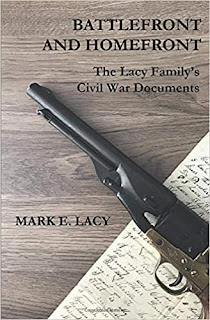 A companion volume to MISSING IN ACTION, 1863: Lieutenant Andrew Jackson Lacy and Tennessee's Confederate Cavalry. This is an annotated compilation of over three dozen letters between Confederate officer Andrew Jackson Lacy and his family, as well as other documents that shed light on Lieutenant Lacy's experiences. This collection is unique in that it covers both military details and descriptions of how life on the homefront was disrupted.
MISSING IN ACTION, 1863 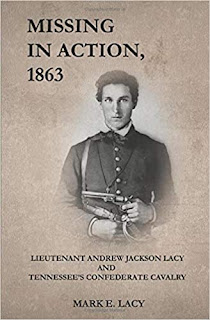 Lieutenant Andrew Jackson Lacy served in Tennessee's Confederate cavalry under Nathan Bedford Forrest and disappeared during the Civil War. His great-great-grandson took it upon himself to tackle this 150-year-old missing persons case. Drawing on a large number of family letters from the Civil War, Mark Lacy has reconstructed the story of his ancestor's service to the Confederacy as well as the chaotic circumstances under which the young lieutenant vanished behind enemy lines, only twenty-five miles from home. The result is a detailed account that brings the war down to a personal level and highlights the hardships brought on by guerrillas attacking families and their farms.
SWORD AND GAUNTLETS 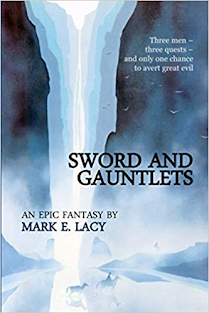 The Gauntletbearer, the Swordbearer, and the Tribesman. Three men with quests to save the world from the Gatekeeper, the man wanting to rule it.
Long ago, with dusty rites and moldy tomes, a powerful artifact known as the Gauntlets was fashioned for a sorcerer’s hands. Promising untold power, the Gauntlets were taken and concealed for safekeeping. For ages they were lost, but now, a sorcerer, Raethir Del, has discovered them. If he ignores the Ban of Irsisri and takes them, he will rain death and destruction across the lands.
Three men embark on separate quests, and only their actions can avert the rise of incredible evil.
Enkinor, bearer of the Gauntlets, lost to the world, imprisoned by a spell transporting him from one nightmare to the next.
Visylon, warrior and Swordbearer, on whose power prophesied judgment depends.
Longhorn, nomadic tribesman, charged with the impossible--bringing these men together.
One must sacrifice desire for duty.
One must embrace healing over harming.
And one must escape the Dreamtunnel.
This revised edition was previously published as The Ban of Irsisri.