Defoliation in War, Herbicides in Peace 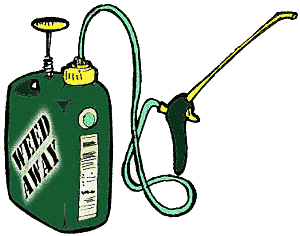 The Bombing of Vietnam

Everyone in the class had to research their topics in the school library. I quickly learned the relative liberal/conservative stances of the major news magazines. TIME Magazine seemed biased toward withdrawal. U.S. News and World Report leaned toward staying in the war. Newsweek seemed to take a more neutral stance. The only statistic I can now remember having dug up to support our position on withdrawing from the war was this: that one ton of bombs had been dropped by the U.S. for every man, woman, and child living in Vietnam. (Fifty-three years later, I'm unable to verify this statistic. But according to this article, the same statistic held for the bombing of Laos between 1964 and 1973.)

A few years later I learned there was something more insidious taking place in the natural world of Southeast Asia. It was something that didn't leave craters in the jungle floor. It was something that didn't strike with the sudden flare of a stream of napalm laid down across a verdant jungle.
Defoliation in Vietnam, and Sherman's "March to the Sea"
Even as the first Earth Day was being celebrated in April 1970, American forces were executing a scorched-earth policy in Vietnam, a policy with echoes of Sherman's destruction of the South during the Civil War.* Bombs and napalm were only one part of waging war in Southeast Asia. Defoliants were dropped from planes, withering every living crop, plant, or tree they touched. These herbicides were sprayed on rice paddies and other agricultural areas to deprive the Viet Cong of food, just as Union troops burned fields and crops as a means of depriving Confederate forces (both regulars and guerrillas) and their supporters of food and livestock. Defoliants were also sprayed over jungle areas with the hope that stripping the foliage would reduce the number of hiding places for the Viet Cong.**
Agent Orange was the defoliant used in Vietnam. It contained two compounds (2,4-D and 2,4,5-T) that mimic plant hormones, and tetrachlorodioxin, and a contaminant caused by the synthesis of 2,4,5-T. Dioxin is known for being highly teratogenic (developmentally toxic, causing birth defects), much more so than the infamous morning-sickness drug, thalidomide. Sadly, a large number of citizens in Southeast Asia were born with birth defects subsequent to the defoliation campaigns during the Vietnam War. For this reason, Agent Orange is no longer used and 2,4,5-T has been banned as an herbicide since 1985.
Peaceful uses of herbicides
In the years since the Vietnam War, herbicides based on the compound glyphosate have become the world's most widely used herbicides. Glyphosate's major use is in agriculture, where it is sprayed on crops that are genetically modified to resist glyphosate, inhibiting the growth of weeds among the crops. As one would expect, because of the extensive use of glyphosate, a great deal of attention has been focused on safety concerns. Regulatory agencies around the world, as well as organizations within the United Nations, have examined data regarding glyphosate's effects on not only human health but the environment as well. Unfortunately, while glyphosate is considered safe in many instances, there is a great deal of controversy. This may be due to the huge number of different formulations of glyphosate-based herbicides. Some studies have suggested particular components in herbicide formulations -- other than the glyphosate itself -- may be significantly less safe than glyphosate.
If you want to kill a plant, one way is to inhibit, as glyphosate does, an enzyme that plants depend on for growth (and animals do not have). That is an example of an intervention in a botanical system. As the development of herbicide resistance is more frequently seen, intervening in two places in a botanical system could be a more powerful way to kill plants. The likelihood of plants circumventing two interventions through development of resistance is very small. This is the rationale behind new herbicides that use both glyphosate and 2,4-D in their formulations.
Not surprisingly, the companies that market glyphosate-based herbicides also market seeds for crops that have been genetically modified to resist glyphosate.
Many government agencies have looked at, and continue to look at, questions of toxicity for glyphosate. We can only hope that as time goes on, we will have more answers than questions.
* See Sherman's March and Vietnam, by James Reston.
** As detailed in Defoliation, by Thomas Whiteside.
Posted by Mark E. Lacy at 8:00 AM